June 1989 marked the official establishment of All Pro Builders; started by yours truly—an independent, young man named Paul Paniagua. From day one, I have chosen to stand on the principles of honesty & integrity, and along the way we've built an outstanding reputation not only in the city of Fullerton but throughout all of Orange County and Los Angeles County. 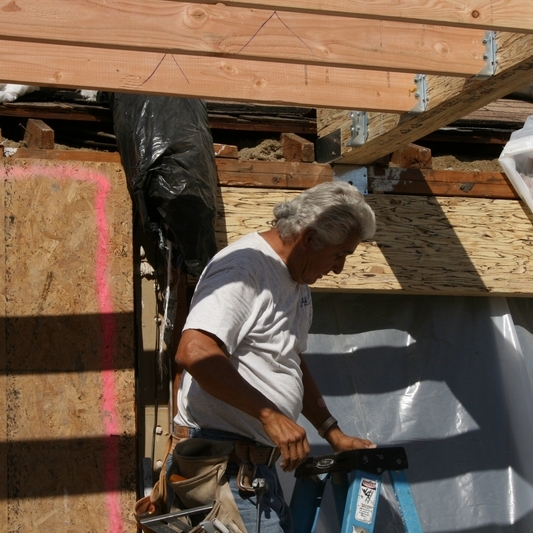 However, the vision for this business was cast long ago. From the early age of 14, it was clear the gift God had given to me and what I was called to do; learning to swing a hammer as a teenager, training under my father, Joseph Paniagua, who at the time was a master craftsman in the home remodeling field. It was such a blessing during such a difficult time in my own life, being able to learn from my father was a positive & exciting experience for me—and I was good at it!

But Joe didn't always work in remodeling. After he was married as a young man, his father-in-law (my Grandpa Rowe) helped him add a room to his first home at the ripe old age of 22, and it was then that a seed was planted.

Yet for 18 years of his early life he was employed as a master mold-maker; working under a renowned sculptor, being trained to take the job of sculptor when his friend/mentor/boss retired. But God had another plan and that plan included me—and the building trade. After not feeling content in his career, dad started his own construction company and during those years I worked for my father's company as well as a few other remodeling companies.

But it was 1989 when I made the decision to obtain my Contractor's License and begin building a business of my own. In addition to the many skills in the trade I had learned from my dad, I was also able to observe both successes and failures—allowing me to understand the importance of perseverance. A few years after opening my doors, somewhere around 1993, I invited him to work for All Pro Builders and the family business continued to grow.

It has grown from the humble beginnings of running the business out of a one bedroom apartment, and then our two-bedroom condo—taking up every space except the bathroom & kitchen (what a trooper Lisa was), to being blessed to purchase an old house in 2008 that became our office: how appropriate, a home to call 'Home'. 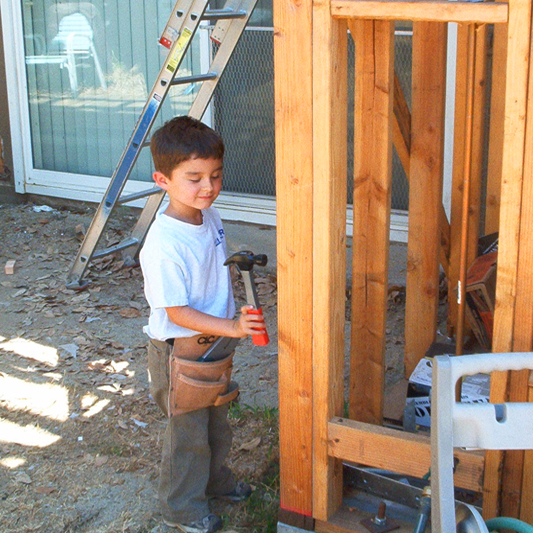 Over the years many family members have held various positions, helping every step of the way! Just one of the ways was when our son Adam was born; Martha (my mother-in-law) while working in the office at the time, helped take care of Adam—he has literally grown up in the office and on jobsites. All of our family member positions include: office administrators (sister, mother-in-law & niece) and subcontractors in the field (brothers-in-law), as well as crew members in the field (father, nephews, son).

The longest running family employee was Joe (Dad) who retired in 2015, and nephew Chris Paniagua who was with us for 12 years moved on to Lennar Homes a couple of years ago. Nephew number two, Mike Cardoza, with the company since 2007, is still on staff as one of our main carpenters. In summer of 2016, our son Adam came to work for us during his summer break, learning many aspects of the business. Since then he continues to fill in on odd jobs as needed. It truly has come full circle and Lisa and I hope to one day see our grandkids as part of the team—although that might not be for quite some time. And not to be excluded, all our other team members fit right in as a part of the family, even though we don't share a bloodline.

As you can see, All Pro Builders has been rooted in family from the very beginning and it is this sense of family that plays a large part in how we operate. We understand that when we are working for a client, we are working in their "home," not just a house. This enables us to build a personal relationship--not just a business transaction. Keeping an open line of communication between both parties, it is our ultimate goal to not only complete a successful home improvement project, but to also have a satisfied client whom we can now call a friend.

We know now that you don't stay in business for 30 years by talent alone; it's your character that keeps you there, and our character comes from the grace of God.

So, future friend, it is with an expectant heart and positive attitude that we look forward to the projects and challenges and relationships that the future years hold for us!

Questions?
We can help!